This team has been built to guide you and to enhance your wellbeing. It’s important to us that clients get to enjoy a variety of perspectives that are underpinned by a passion of the true Pilates method, fun and high-quality training. 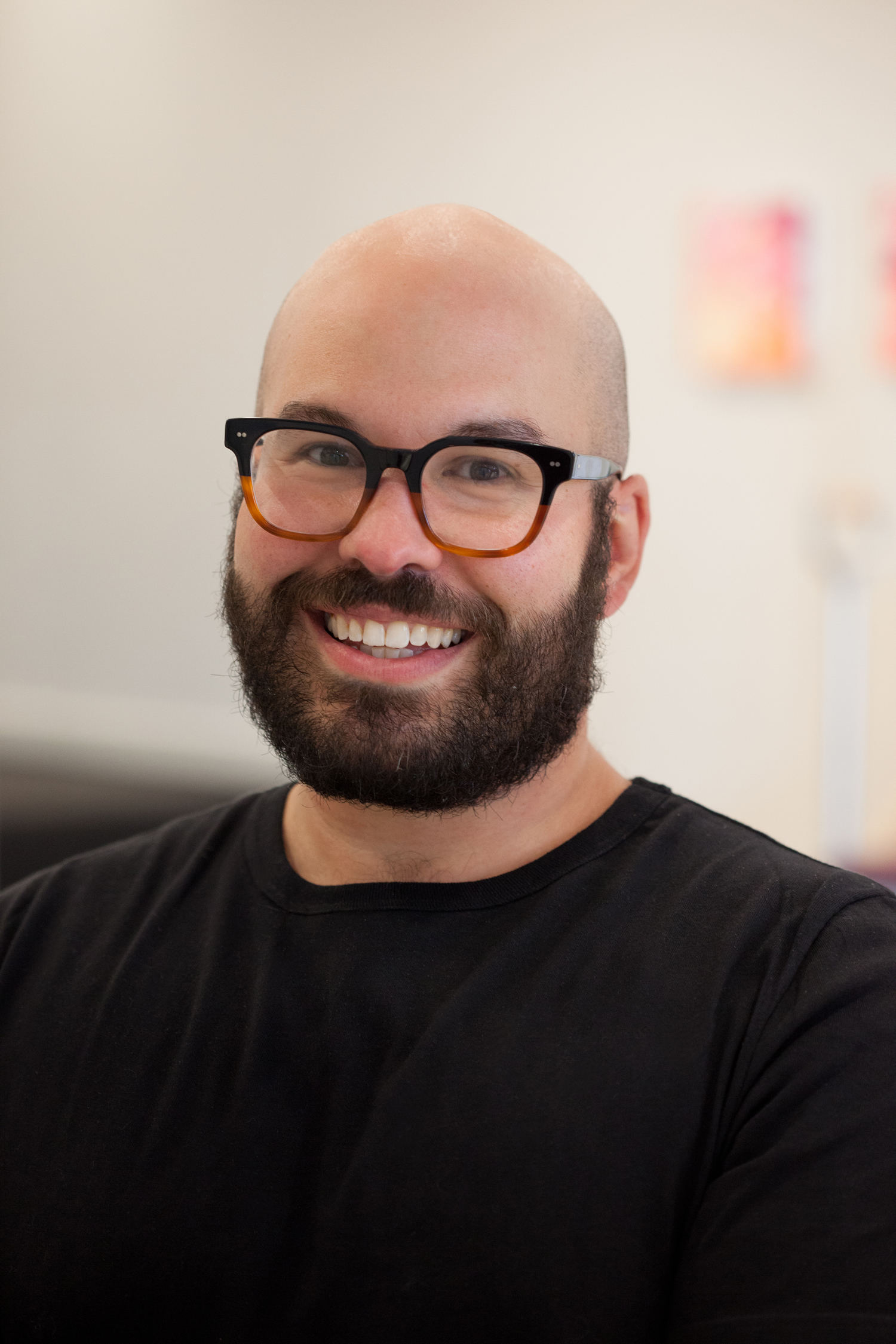 For over eighteen years Nicholas Psarros has shared his passion for the craft of Pilates through improving the health and wellbeing of the broader community.

His love for Pilates came to fruition while studying Performing Arts as a Dance major at Brisbane’s QUT, where is he used Pilates to rehabilitate from several injuries. He eventually decided on a career transition has trained extensively since 2002.

Nicholas is triple-certified in the Pilates method, a member of the Australian Pilates Method Association and also an Exercise and Sports Scientist. He works with plenty of common sense, pop-culture references and works to make the Pilates method accessible to all.

Nicholas was the Strength and Conditioning coach for nearly four years at The Australian Ballet School, where he co-developed an innovative program at the national centre for elite classical dance collaborating with a diverse team of health professionals and experts to best support the future of Australian dance.

In 2016, Nicholas established The Pilates Teacher Network. TPTN is a group for like-minded instructors from every ‘school of Pilates’ and currently supports over 1000 members through a monthly activation and social media forum.

In 2017, Nicholas brought The Movement Refinery (TMR) back to life, it initially operated from 2005-2014. TMR was re-founded with the intention of providing a space for the community to reconnect and find true inner strength and is one of the only studios in the country that teach Classical Pilates as founded by Joseph Pilates nearly a century ago.

Dedicated to his gorgeous dog Prince Dexter, you’ll often find Nicholas at the park or walking around the inner-North, at the theatre or exercising with friends.

Nic’s classes help you get rid of aches and pains, get you strong and are your best companion to decoding how to manage your body. He will help you to decode the traditional Pilates method and make you an independent and curious practitioner. 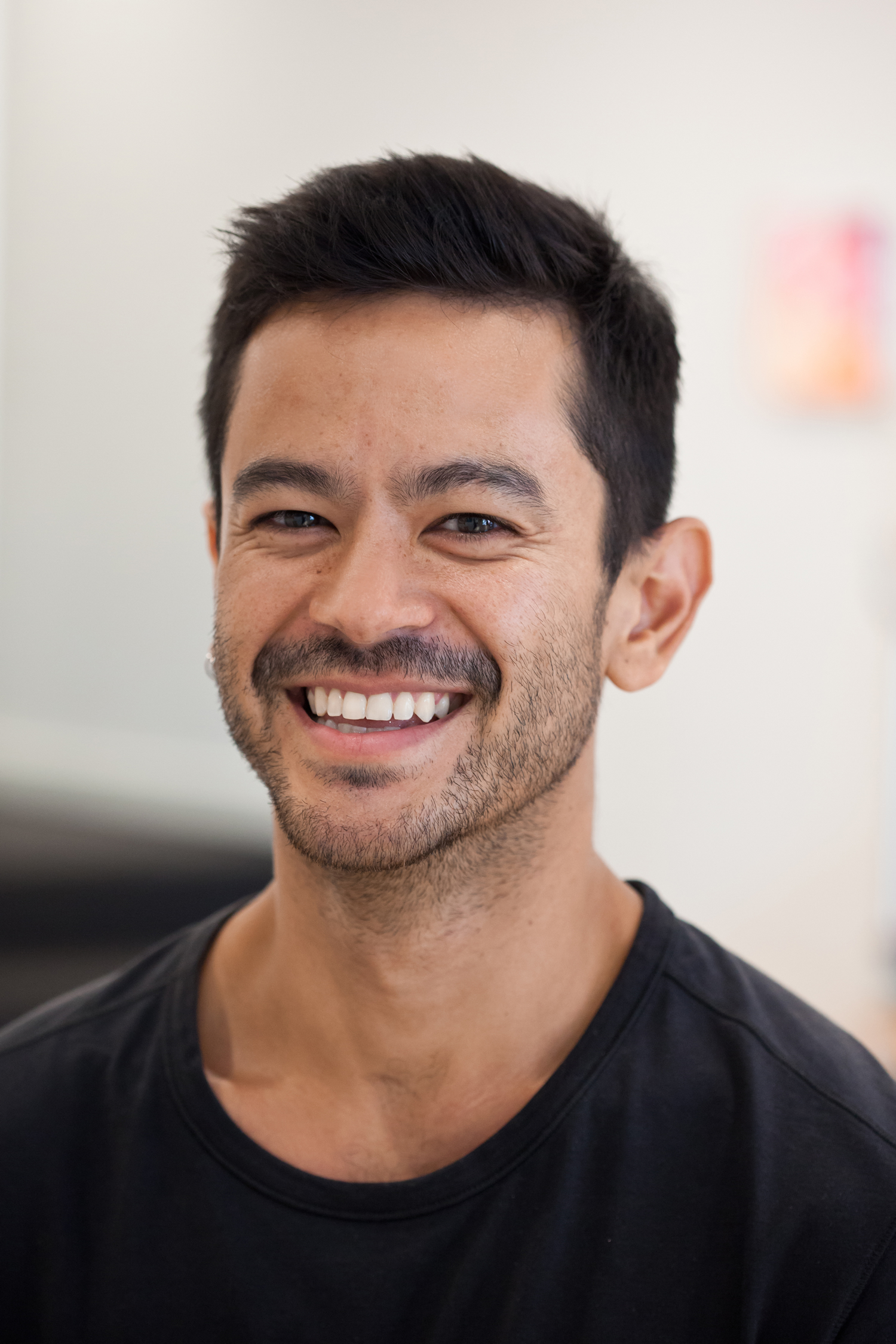 With a multi-faceted background in health and fitness, Chris is passionate about educating and empowering his clients in understanding their bodies. Chris’s deep interest comes from an understanding of rehabilitative benefits of Pilates and its ability to help his clients achieve their movement goals. Having completed his Contemporary Comprehensive Pilates education with Polestar Pilates, he is currently in training to be a Polestar Mentor and is looking forward to shaping the new generation of Pilates instructors. In the past couple of years, Chris has delved into the Classical Method in his personal practice and more recently has started his journey in teaching the Classical Method where he participated in TMRACADEMY programmes.

Having also completed studies in Chinese Medicine and Massage, Chris is constantly inspired by the Pilates Method and other forms of therapies and movement in building his individual approach to best help his clients. With an education in Civil Engineering, he is fascinated by biomechanics and problem-solving, and thrives on the challenge of thinking on his feet to shape a class suited to the individual in front of him.

With meticulous attention to detail in his teaching, and his gentle and empathetic delivery, Chris creates a safe yet enjoyable environment to explore movement. 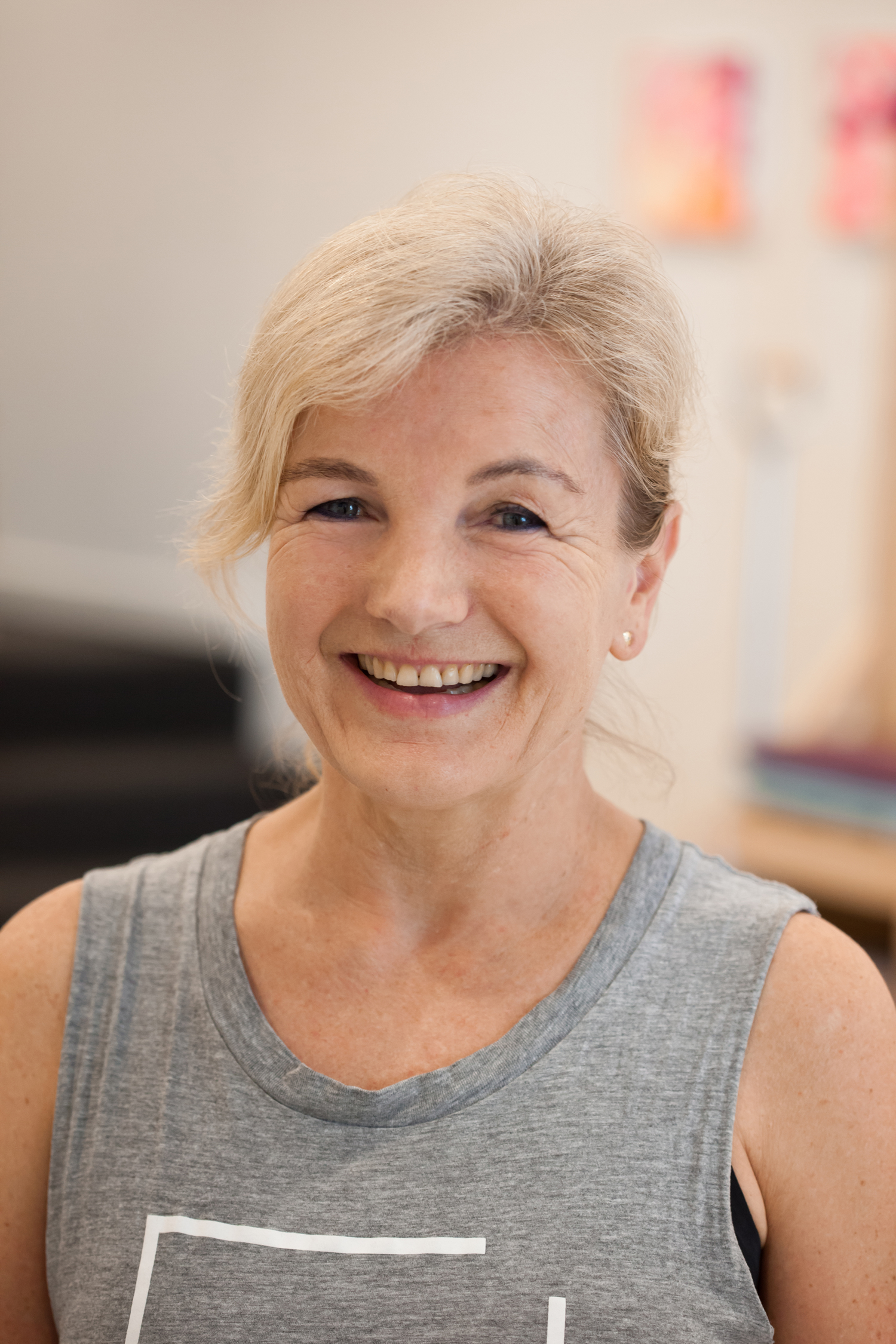 Karin immigrated to Australia in 1996 from Germany, Munich and began Pilates in 2000 after experiencing recurring lower back pain. The effect of Pilates on her recovery was so profound that she decided to share this passion for Pilates with the broader community. Karin encourages her clients to find enjoyment in their Pilates sessions and works with an emphasis on precision and control.

As a graduate of the Polestar Pilates Diploma programme, Karin has a keen interest in quality Pilates training and working with special interest groups such as neurological disorders, pregnancy and general rehabilitation. In addition to this comprehensive qualification, Karin studied towards an Advanced Diploma of the Pilates Method and is additionally certified in programmes through Kit Laughlin and Anthony Lett. Testament to her pursuit of the Pilates craft, Karin has completed certification in the Classical method through Authentic Pilates Education Australia and continues to hone her skills working with esteemed teachers across the globe.

Karin supports aspiring Pilates instructors through their certification process as a valued mentor and educator. Prior to teaching Pilates, she was an Iyengar Yoga Teacher certified by the Ramamani Iyengar Memorial Yoga Institute, Pune, India and a translator for English, French and German.

It is the commitment to quality, combined with passion and a true belief in the Pilates method that drives Karin to assist other people in achieving the best possible outcomes.

Karin’s classes are delightful! Full of TLC, they are restorative and deep, posturally-oriented and a great workout. 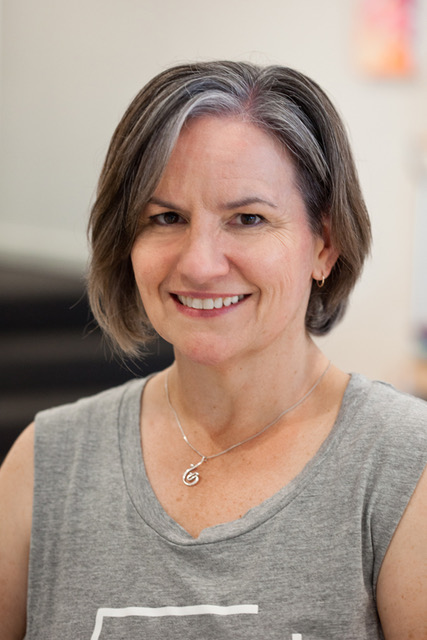 Lynne’s passion for movement began at a young age.  First studying classical ballet with the Victorian Ballet School for a number of years, moving on to ice-skating and roller-skating as a teenager and morphing into 50’s style dance as a young adult, Lynne has done a bit of everything.

After detouring to forge a corporate career and raise a family, Lynne found her physical fitness and health suffered as a result of a fairly sedentary lifestyle and sought out an exercise method that was meaningful and catered to all ages and fitness levels.

Lynne’s initial foray into Pilates was successful in most part because of the unwavering support and encouragement of her first teacher, allowing Lynne to get back into movement with no judgment or feelings of self-consciousness.  It is this support and understanding that Lynne aims to bring to her teaching.

Feeling so empowered by the Pilates Method, Lynne made a life altering decision to certify as a teacher, completing a Cert IV in Pilates and a Diploma of Clinical Pilates, whilst continuing to work full time in the corporate world.  Teaching and helping others became Lynne’s passion and she soon retired from corporate life and now teaches full-time.

Lynne is the latest addition to our teaching team at TMR, and is currently re-certifying in the classical method with TMRACADEMY. 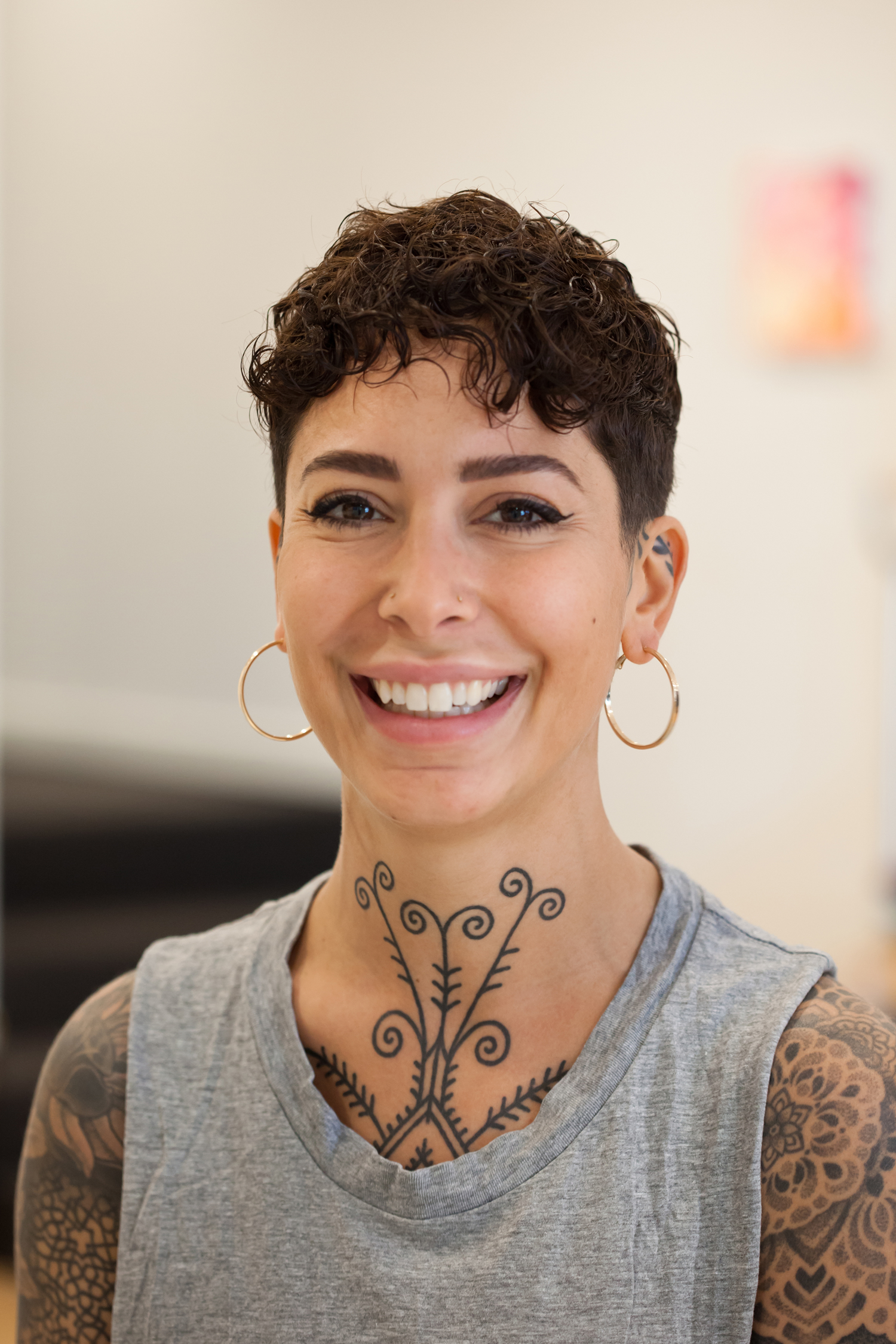 Lucia began her fitness journey through Martial Arts at the age of seventeen and worked her way around a few disciplines. Moving into Aerial (Circus Skills), she mastered the art of using physical training to strengthen the mind and truly help clients reach their full potential in and out of the gym.

Having worked with injury and medical conditions, she has a superb understanding of the body and also specialises in the management of lower back pain & exercise referrals.

Lucia is a “dynamo” chick, totally driven to get the internal strength gains for her clients. Stott Pilates trained, Lucia has a strong focus on alignment, known for her precise, corrective techniques means anyone who works with her gets a new understanding of their body and its capabilities.

Now venturing into the Classical Pilates method, this means even more options for everyone and much more fun! The future will see Lucia as a Psychologist working in research, exploring the synergy between mind and body, which fascinates her every day.

Introduce yourself and request a course prospectus.
We are Melbourne-based but can deliver parts of the training in Brisbane, Perth, Sydney and New Zealand.