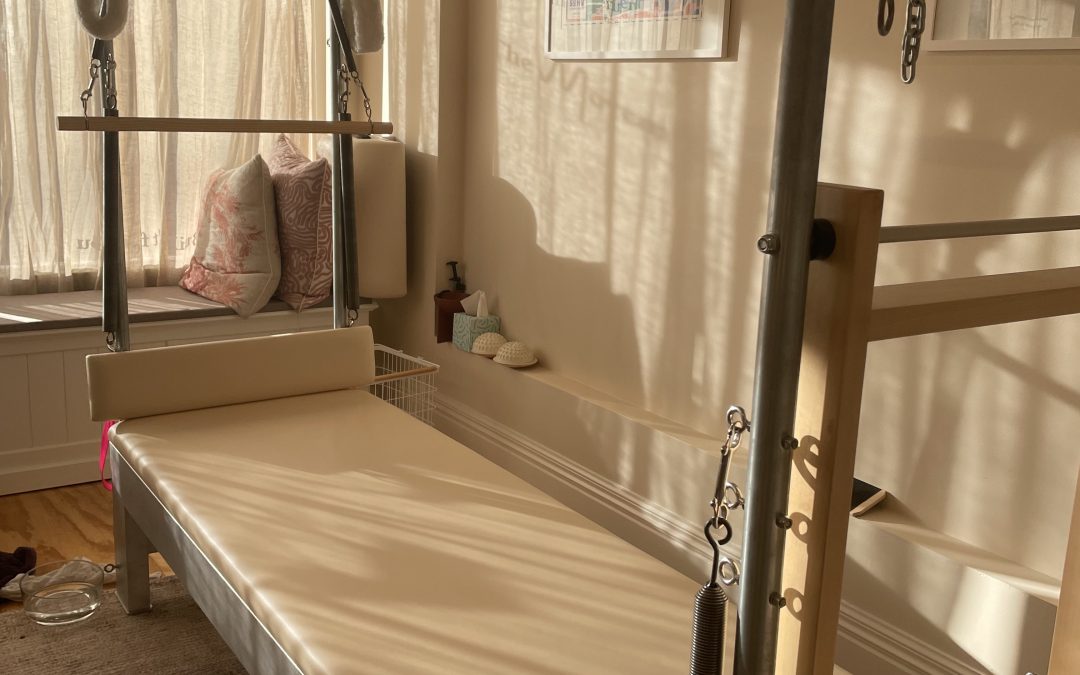 The Movement Refinery, the origin story

TMR as we know it began in 2017 after a hiatus of a couple of years. I sold my previous business after ten years and tried my hand at being an employee for other people … let’s just say … although I learnt a lot, it didn’t go that well and I felt the need to give another studio a crack.

The initial spark came from a conversation in December 2016 when my friend said … ‘where is there for us to go to Pilates’? I was half way through my third comprehensive certification (this time in the classical approach) and thought … it’s time to put the P back in Pilates. No more compromises. Original equipment, original work … get closer to how Joe did it.

I wanted a space where those of us who would purchase for quality over price could relax into the skills of an expert in their field. It was important to create a space where the equipment was of the best quality and was considered as an essential tool as well as a design element. At the time the Classical equipment cost more than mass-produced equipment at either end of the market, was difficult to source AND was sold in USD$ … it was a stressful time, but I was thrilled to fill 526 Nicholson Street studio with the initial fjord blue equipment suite which concentrated on group classes.  I had two consecutive employment experiences that were fairly bruising, so I knew that the brand and business needed to define operational values that would set the tone for all who chose to interact with us.

The studio was an instant success … I worked seven days a week for the best part of two years on and off and built a clientele. During this early time I was VERY rigid as to what should happen Pilates-wise and thankfully, I have softened dramatically. It took me a moment to remember that the clients were more important than being a purist and this is why I reduced class sizes and ensured clients had access to all the equipment, not just the Tower or Reformer. I was also struggling to find staff that could be faithful to the work and support the clients and their 21st century bodies…. but it was a heap of fun too. Early days having a quick coffee or Arepa at Buenos Dias across the road … or walking Dexter to Edinburgh Gardens between shifts… plus many of the original clients are still with us near five years (and six lockdowns) later.

At the start there was a lot of industry buzz about TMR as a ‘Classical’ studio and with that came a fair dose of online trolling and hate from ‘colleagues’ who made their mind up about what we offered and how we did it. I was either too classical or not classical enough. As a queer man who grew up in Adelaide in family of mixed religions, culture and ethnicities, it wasn’t my first time being told I didn’t belong … so I did what I always do … I dug deep, checked in with my values and re-calibrated my professional identity.  I established TMRACADEMY so that I could have a stronger, more direct hand in shaping future staff and teachers for our community.

The Movement Refinery now has two beautiful studios, a teacher training programme, an online platform for professional development and primary certification as well as a brand new on-demand platform for clients who can’t make it to the studio.

Getting through the last two years has not been without challenges but any good Pilates instructor knows the importance of balance and agility.

As we come up to five years at Nicholson Street I am reminded of my reasons for re-starting The Movement Refinery … to make space for those of us who needed a place to relax, learn and move. It is a place where we can trust the instructors and their methodology to guide us through the ageing process and to remind us of what we are capable of, even if only on a good day.

I have been tested, I have failed, I have pivoted but in my eyes, The Movement Refinery is a success, thanks to you!